A Facebook user named Nemie Zaballero Carurucan shared her distress upon seeing how her neighbor left a dog under the scorching heat of the sun. 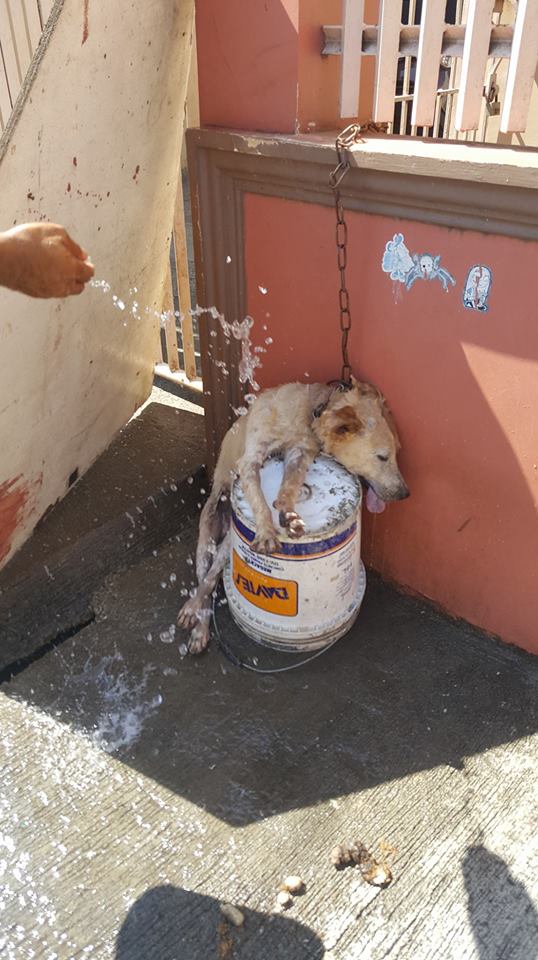 In a video taken by Carurucan, the dog is shown tied up outside the house under the intense heat of the sun. Not only that, the netizen also reports that this is what happens every day.

The dog’s chain is also too short and as a result, the dog had to sit with its head uncomfortably pulled back.

Carurucan tried to remove the chain but it was locked so the only way that they could help the dog was by giving it a stool to be more comfortable but unfortunately, the dog dies at the end. 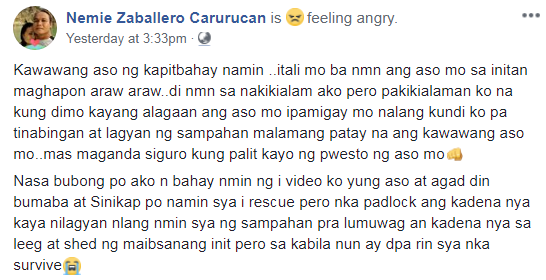 The Animal Welfare Act of the Philippines states that “It shall be unlawful for any person to torture any animal, to neglect to provide adequate care, sustenance or shelter, or maltreat any animals” and any person that will be found guilty of the violation may be punished by imprisonment, no less than six months. 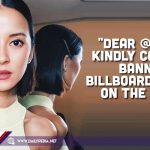 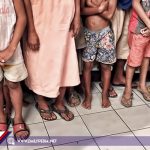