The late former president Corazon “Cory” Aquino just might become the third Filipino saint after a Jesuit priest revealed plans that he will work on her beatification process now that she is eligible for sainthood.

In the Catholic Church, the beatification process for any person should only begin at least six years after his/her death. Since Cory passed away in August 2009 after battling colon cancer, she has been eligible for the process since August 2015.

But does Cory have the virtues necessary for her to become a saint? Well, Fr. Catalino Arevalo believes that this is the case, reveals lifestyle editor Joanne Rae Ramirez for the Philippine Star. The priest believes that Cory had “extraordinary Christian virtues,” reports Politics.com.

According to Ramirez, the priest also revealed that Cory endured much suffering yet did not complain about it—and that simply shows that she has exemplary character.

Fr. Arevalo said, “From what I know of Tita Cory, I see no difficulty whatsoever and I think that we should start thinking of the possibility of starting a process ourselves.”

Even the columnist admitted that she could vouch for Cory’s character. According to Ramirez, when Cory’s presidential term ended, she went to visit Assisi. It was there that she was inspired by the life, teachings, and sufferings of St. Francis.

Ramirez revealed, “When she got back to the hotel, Cory got down on her knees and prayed, ‘Lord, I don’t think I’ll ask for more sufferings. But if more sufferings come my way, I will not complain.’” 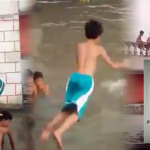 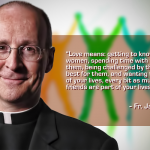