Several netizens have started re-posting a 2015 post composed by Fr. James Martin on the LGBT (Lesbians, Gays, Bisexuals, and Transgenders) community, perhaps as a reaction to the whole controversy surrounding Cong. Manny Pacquiao and his anti-same-sex marriage stand.

Fr. Martin, an American author and Jesuit priest, composed a post concerning compassion for the LGBT community after the US Supreme Court legalized same-sex marriage in June of last year. He wrote that “No issue brings out so much hatred from so many Catholics as homosexuality.”

Speaking, perhaps, contrary to expectations, Fr. Martin spoke not of condemning homosexuals, rather, he spoke about understanding and compassion towards the LGBT community. “The Catholic church must do a much better job of teaching what the Catechism says: that we should treat our LGBT brothers and sisters with ‘respect, sensitivity. and compassion.'”

He further expounded on God’s commandment to love one another. “Love means: getting to know LGBT men and women, spending time with them, listening to them, being challenged by them, hoping the best for them, and wanting them to be a part of your lives, every bit as much as straight friends are part of your lives.”

But despite Father Martin’s words, a few netizens stood staunchly by their beliefs. “Love the sinner – hate the sin but the things that the LGBT community does is so tied up in their personality that you can’t be a true friend to them if you have a moral compass…..what they tell you they do and what you can watch them do is enough to make you sick!” exclaimed Facebook user Elizabeth Warynick.

Others, on the other hand, clarified that while they tolerated gays, they were still opposed to gay marriage. “Fr. James, you have confused the church’s call for respect and understanding for all LGBT brothers and sisters and its stand on what constitutes marriage—a sacramental union that consists of a man and a woman,” explained Adrian Yee.

“…you are confusing equal rights under the law with the Catholic Church’s sacrament of marriage,” argued Stephanie Lynn. “The two are mutually exclusive. Just as the Church does not recognize the marriage of non-Christians, but does not lobby for the removal of non-Christian’s right to join under the law in legal marriage, nor should the Catholic Church have anything to say on the issue of equal marital rights for same-sex couples.”

Most commenters, however, expressed appreciation for Fr. Martin’s post.

Tim Moses shared that “Several years ago, I told my pastor that I was a gay man and that I didn’t…for one single moment…believe that God would condemn me to hell for all of eternity for loving my husband, for my husband loving me. I said that I didn’t believe that a God of love would or could do that. To my astonishment, he agreed and said, ‘In the end, it’s all about love, isn’t it.'” 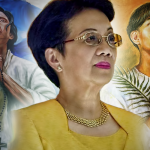 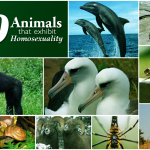