Senator Vicente “Tito” Sotto is seeking the revival of death penalty in the Philippines.

On Tuesday, September 23, the acting Senate Minority leader expressed his desire to bring back death sentence specifically for big-time drug trafficking crimes in the country.

Sotto justified the reinstatement of death penalty in order to prevent heinous crimes.

In his privilege speech delivered in front of his colleagues on Wednesday, September 24, Sotto said:

“We must act to a crime situation in the best way to protect society and the future generation,”
The actor-turned-politician filed a bill for the return of death penalty earlier this year. Currently, the Senate Bill No. 2080 or an Act Imposing Death Penalty in the Philippines is still pending before the Committee on Constitutional Amendments, Revision of Codes and Laws as well as the Committee on Justice and Human Rights.

The killing of fellow actress Cherry Pie Picache’s mother last week urged Sotto to bring up the issue once again. Sotto said the suspect was most likely under the influence of drugs when the crime was committed.

Sotto: “Criminals have more fun in the Philippines”

In his privilege speech, Sotto also claimed that “criminals have more fun in the Philippines”. This is because lifetime imprisonment does not seem to instill fear on criminals resulting to an “influx of heinous crimes.”

“Whether it be murder, rape, drug manufacturing, pushing and using, the numbers are on the rise. Criminals have more fun in the Philippines.”

From pro-life to pro-death

Just last year, Sotto was involved in the controversial debate over the Reproductive Health Law in the Philippines. The senator was very vocal in expressing his objection against the law as he claimed to be “pro-life”.

With Sotto’s pro-life stance, this may be in conflict with his call to bring back death penalty.

In a text message sent to GMA News on Tuesday, he clarified that his position for the two issues are not related.

“Nope. That’s different. I am pro-life for the unborn and the Filipino family. I am pro-death to heinous criminals.”

Death Penalty in the Philippines

For a country dominated by Catholics, death penalty has a very interesting history.

During the Spanish era, death penalty took the forms of shooting by firing squad, burning, drowning, decapitation, hanging and garrotte among others. Dr. Jose P. Rizal and native clergies Gomez, Burgos and Zamora were among our heroes executed by the Spaniards.

Meanwhile, the Americans retained death penalty as capital punishment. It served as a crucial instrument in suppressing resistance to Americans. In 1926, they introduced the use of electric chairs.

No cases of executions were recorded during the Japanese occupation. However, extrajudicial killings were very rampant during those times.

Under the 1987 Constitution, death penalty was abolished for all crimes. Life imprisonment became the capital punishment.

The rise in the incidence of heinous crimes urged President Fidel Valdez Ramos to reinstate death penalty in December 1993. Death sentence was carried out through lethal injection by virtue of Republic Act No. 8177.

In February 1999, child rapist Leo Echegaray was executed via lethal injection. Six other executions followed but the national crime volume in 1999 increased by 15.3 percent from the previous year. The increasing rate of crime and church-led campaigns against death sentence led President Joseph Ejercito Estrada to abolish the capital crime in the country.

Meanwhile, President Benigno Aquino III still has “reservations” about the reimposition of “death penalty” in the country because of the flawed judicial system.

The State of Death Penalty Across the Globe

Among the 10 countries with the most executions in 2013 are China, Iran, Iraq, Japan, North Korea, Saudi Arabia, Somalia, Sudan, USA and Yemen, respectively.

China is said to have the most executions compared to all the countries in the world put together. At least 778 executions not including China were made in 2013, as reported by Amnesty International.

Culture and available technology are among the two factors that determine the method for execution. For instance, in Saudi Arabia, a convicted man was executed through “crucifixion”, a process in which an individual is displayed after being beheaded. On the other hand, individuals particularly women accused of “sorcery” often face death sentence in Pacific countries.

In 2012, more than half of all the countries in the world voted in favor of a United Nations resolution to stop executions across the globe. In contrast, the 2013 global report of Amnesty International revealed a rise in the number of executions from the previous year.

Should we bring back the death penalty? Please answer our poll below. 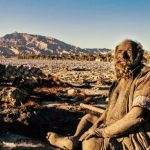 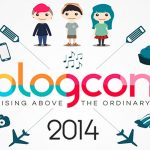