Here’s an interesting, but nose-unfriendly tale dedicated for the neat freaks 🙂

For a longest time, 66-year-old cattle farmer KAILASH SINGH of India who lives in a hill near the holy city of Varanisi, has been holding the distinction of being the planet’s smelliest.  It was 1974 when he pledged to stop bathing.  At that time, he already have seven daughters,   but unsuccesful in producing a single son. In  his culture, having at least one boy  is tantamount to having a box full of treasure. It is a couple’s pride & prized possession that’s even more costly than gold. It’s a man’s world in India.

It was a village priest who brainwashed him that in order to produce one, he should neither wash his hair nor his body. Barely 40 years later and  now past his heydays, he still, and kept on missing a son he hasn’t seen, but imagine everyday. A male offsring that would carry his family name and immortalize his kind of legend is a MUST, whatever it may takes.  Singh’s daughter narrates that he would rather die than bathe.  Accordingly, it  it’s God’s will for him to stink, not his.  Someday he would breath his last,  and if still without a son come his 11th hour,  the much-awaited shower he intent to miss – might just happen in the next life.

The indian man, was not lone in this notorious category he once dominated. Earlier this year, AMOU HADJI of Southern Iran, province of Fars, came in the picture and set a new world record. Hadji hasn’t bathed for six breath-taking decades shying Singh’s previous 38 year account.

Amou’s classical last wash was way back in 1954 when the late Elvis Presley had just launch rock ‘n’ roll and when steam engines were still pulling metallic trains. Not surprisingly, Hadji has a death-defying odor. His skin is as dry as a dust,  scaly as a fish.He is a blue-blooded vagabond who prefers dead porcupine or dead rodents for a food and drinks from a rusty oil can for water supply.

Research says he had gone through some emotional (or was it psychological) setbacks in his youth and from then on decided to live a nomadic life in the wild. He has become almost the same colour as the earth around him and blends well with his  natural setting. Villagers say they’ve  often mistaken him for a rock if he remains still. Even his armpits would have sweated a river during the peak of summer season, taking bath will not be his thing.  NEVER. The idea of soap and water drives him mad. And he mean it not to ever have. – OBVIOUSLY and SINCERELY. He believes cleanliness brings him sickness & unhappiness. He looks lonely, but he says he is pretty much at peace & more contented compared to his well-scrubbed counterparts in the city. He has nothing to lose – & so, to fear.

The world’s dirtiest man may have given up on shower, but NOT on finding love. In fact, he is is eyeing for a special someone who is willing to  accept him the way he is. 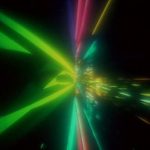 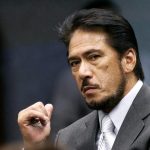