It is hard to imagine a moving wedding picture – a couple where the groom is already dying. Rowden Go Pangcoga has  stage IV liver cancer and he is aware that he wouldn’t make it on their planned date. He decided to move it in an earlier date. The groom can no longer make it to the church so the family brought the church to the hospital.

They cherished this  moment, and we do, too. The family thanked Michael Sy Yu and his team for taking the job of covering the wedding in a very short notice in making this video.

Early this year, Rowden and Leizl decided to get married on July 8, 2014, Rowden’s 30th birthday. Together with their adorable 2-year-old daughter, they already had a perfect family. Then a twist of fate, Rowden got diagnosed with stage IV liver cancer in late May. His last request was to marry his one true love. After 48hours of preparations, his dream was fulfilled. Unable to take him outside the hospital, his family brought the church to him. It was like a heartbreaking fairytale.

Rowden Go Pangcoga, at the age of 29-years-old, passed away on June 11, 2014. Less than 10hours after he said his vows. He is survived by his wife Leizel May, daughter Zakiah Rowzel, mother Lorelei, and brothers Hasset & Hisham. 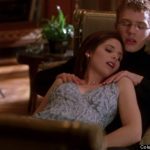 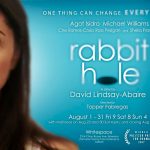