Agot Isidro returns to the stage after a seven year absence from the Philippine theater scene. She made her musical theater debut back in 2003 with “Honk!” for Trumpets and went on to notable turns in Atlantis Productions’ “Baby”, “Footloose” for Stages and “Zsazsa Zaturnnah” for Tanghalang Pilipino (originating the role of Queen Femina Suarestellar Baroux). Agot’s long list of film and television work include roles in Tayong Dalawa, One More Try, Lobo, Ang Mumunting Lihim and Way Back Home. She most recently won Best Actress at the 2013 Metro Manila Film Festival (MMFF) for her role as a schizophrenic mother in the film Mga Anino ng Kahapon.

She makes her theatrical comeback with the Pulitzer-Prize winner “Rabbit Hole” for Red Turnip Theater. She headlines the play in the role Becca, a mother grappling with the loss of her son. “Rabbit Hole” was a Broadway hit that garnered several Tony nominations and a win for its lead actress, Cynthia Nixon. It was then adapted into a critically-acclaimed film with Nicole Kidman in 2010 and earned her an Oscar nomination for Best Actress.

Agot Isidro: I’m a little nervous about going back to theater ’cause it has been seven years since my last production (Zsa Zsa Zaturnnah). But I am excited at the same time, because I know it will be a welcome and enriching break after years of TV work. I am especially on the edge about ‘Rabbit Hole’ because this is my first straight play. With musicals, there’s a certain comfort in knowing that, at some parts, I burst into song. So a straight play is all new to me. But I am looking forward to the process.

Apart from it being a brilliant script, we Turnips also chose ‘Rabbit Hole’ as our second season opener because were hungry to show a different side to us. ‘Closer’ and ‘Cock’ defined our first season as these fantastic, in-your-face experiences. ‘Rabbit Hole’ takes the (deceptively) gentler approach but will knock you out just the same. It’s also a great showcase for its cast, and you don’t get any better than these five actors. We are excited to have them on board. We are also very thrilled to be back at Whitespace! 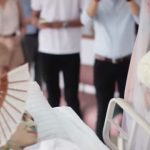 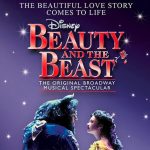