Prasertsi Kosin (also known as Koko Narak on facebook) might face extradition after his inexcusable racist statements against Filipinos. Koko Narak is a Thailand national and he have been staying here in the Philippines for more than three years.

Philippines’ Burueau of Immigration was said to have already filed an undesirability charge against Koko Narak for his racial insults which angered many Filipinos. The 32 year old Thai rose to fame after screenshots of his racist comments were shared on the Asean Community facebook page.

According to various sources, Koko Narak is working at a BPO company in Taguig City. The company where he is working for have already written a letter of apology which was posted on the company’s facebook page.

Koko Narak have already issued a public apology as well courtesy of Coolbuster. In his letter, he reiterated that he just did it out of “playfulness” and that he is now facing a punishment set by his employer.

Calling Filipinos “low-class slum slaves”, “useless race in this world”, “pignoys,” “toilet lickers” and “stupid creatures,” might have just strengthened the desire to make him leave the country. To some, the possible deportation of Koko Narak may be the only way to atone for the offense that he made. 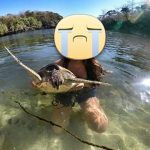 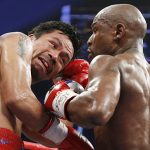