After the fight of the century, the Filipino champ, Manny Pacquiao loses over unanimous decision against his longtime rival Floyd Mayweather Jr. last Saturday night in MGM Grand Garden Arena Las Vegas. Ending with a record of  48-0 for Mayweather while Pacquiao fell to 57-6-2.

He really wants a rematch!

According to Rappler, Pacquiao said he’d like to have a rematch .

“I want a rematch if he wants. I wasn’t 100 percent ready for last night, because of this shoulder, but I don’t want to use that complaining that I lost the fight. I’m just accepting the fact that I lost,” he explained.

Does Manny Pacquiao’s Injury Indicate the End of his Career?

Despite of so much talk about the rematch,  he received a lot of  post-fight criticism for pointing to an injured shoulder as the reason.

Turns out he wasn’t kidding. According to Dr. Neal ElAttrache, a world renowned orthopedic surgeon, Pacquiao will be forced to undergo a right shoulder surgery to repair a “significant tear” in his rotator cuff.

The date of the surgery has not been set, but it will take place in Los Angeles, Dr. El Attrache said that Pacquiao after the surgery will be resting for nine to twelve months before he can come back in the commission again.

Pacquiao at 36 is also near to the end of the line having 65 professional fights, more than Mayweather ever did in his career.

For now, Manny Pacquiao after the fight with Floyd Mayweather said that he will be having a vacation together with his family.

Whether they will be together in the ring again or not, both fighters will be closer to the end of their career and of course, a lot richer. 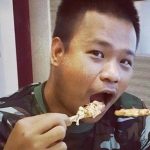 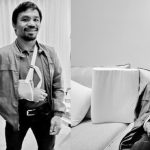