The nation has spoken! Marian Rivera is FHM’s Sexiest Woman in the Philippines for the second straight year!

FHM Nation has decided! Marian Rivera ruled FHM 100 Sexiest Women in the World 2014 with a total of 1,529,974 votes. Last March is Rivera’s second cover of FHM, which was shot at Balesin Island.

Rivera was the first FHM non-cover girl to be declared the nation’s sexiest in 2008. A perennial contender for the top spot, the Kapuso star now joins Katrina Halili, Angel Locsin, and Sam Pinto as the only two-time winners of the hotly anticipated annual FHM campaign. Rivera appeared on the magazine’s cover for the first time in January 2013.

The full list of FHM 100 Sexiest Women in the World 2014 will be available this weekend so grab a copy of this mag’s July issue! 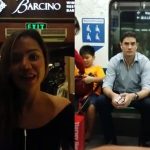