Despite having their 25-year franchise request rejected by congress in July 2020, ABS-CBN continued to reveal its lineup of television shows, movies, and other content for 2021.

The list of shows, which was introduced in a trailer titled ‘Together As One sa 2021′, includes the grand teleserye comeback of Kathryn Bernardo and Daniel Padilla as well as a big-screen reunion of Bea Alonzo and John Lloyd Cruz.

Bernardo and Padilla’s project is said to be a romantic series focusing on timeless love.

Your Face Sounds Familiar will also return for another season.

On the other hand, movie projects that were announced will star Bernardo and Padilla, Liza Soberano and Enrique Gil, Kim Chiu, Donny Pangilinan and Belle Mariano, and Vice Ganda.

Cruz and Alonzo’s movie will be titled No Goodbyes and directed by Cathy Garcia Molina.

More series and movies can be expected in iWantTFC such as Count Your Lucky Stars starring Jerry Yan; Tenement 66 starring Francine Diaz and Francis Magundayao; Hoy… I Love You starring Jorross Gamboa and Roxanne Guinoo; Unloving U starring Loisa Andalio and Ronnie Alonte; and Thai series A Tale of Loving You. 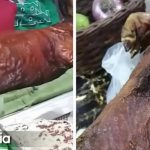