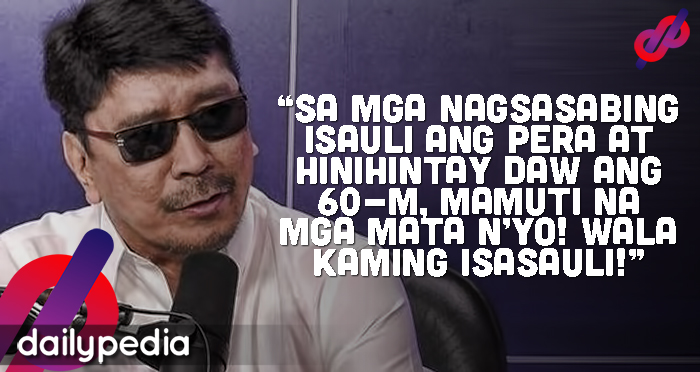 The thing that is suspicious here is that Wanda Teo, Tulfo’s sister, was the DOT secretary at the time. This breach of ethics and the controversy that followed forced Teo to resign her position.

But he also added that the reason they got paid is because they returned the money in service, and that is by airing ads.

Justice Secretary Menardo Guevarra said that the DOJ is willing to help the OMB in investigating the deal, but that the DOJ doesn’t actually have the capability to recover the said amount.

“In any event, if the DOJ will be asked to help in the investigation, we are ready to act on our own and/or coordinate with the OMB.”

The Commission of Audit (COA) saw †the deal as suspicious last year and flagged it, which lead the OMB to start an investigation on it.

The audit body said that is is possible that Teo be held liable for graft.

“Should a graft case prosper and reach the Sandiganbayan, the recovery of the P60 million paid to Ben Tulfo’s company will be automatically part of that action,” Guevarra said.