Four leading ladies from ABS-CBN are competing in this year’s Nickelodeon Kids’ Choice Awards for a Philippines exclusive recognition.

The four nominees in the Favorite Trending Pinoy category are Liza Soberano from “Alone/Together,” Julia Barretto who starred in “Ngayon at Kailanman,” Kathryn Bernardo from “The Hows of Us,” and mainstay Yassi Pressman of “FPJ’s Ang Probinsyano.”

Ella Cruz, Hannah Pangilinan, Kristel Fulgar, and Ranz Kyle & Niana Guerrero, on the other hand, are in the running for another local category, Favorite Pinoy Internet Star.

Nickelodeon Kids’ Choice Awards is an annual American event created for kids to allow them the power to support their favorite celebrities across various categories including TV shows, movies, music artists, and sports personalities.

Public voting will decide the winners and fans can vote using Twitter, by using (hashtag) KCA and the hashtag of their nominee. They can also cast their votes through the Nickelodeon website.

Winners will be announced during the awards ceremony which will be aired in Asia at 6 p.m. on March 25. 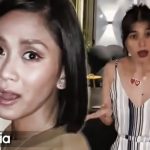 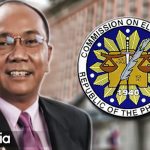