In a video on her YouTube channel dated Saturday, August 4, Rufa Mae Quinto shared her hilarious take on the voice in the navigation app Waze.

Known for having an undeniably unique speaking voice, which made her a subject of the imitation or spoofs by other personalities, she uploaded a YouTube video titled ‘Rufa “Waze” Quinto Audition Video’.

She shared that she has been getting a lot of requests for her to try doing the voice over of the Waze navigation. “So eto po ang application ko. My own audition para i-apply yung voice.”

Here are a few narrations that she did in the video. Try to imagine Ms. Quinto’s voice while reading these:

The video now has more than 80,000 views as of this writing.

Watch it below: If Rufa Mae Quinto provides the voice for Waze? 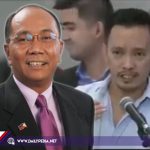 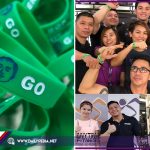