After ABS-CBN journalist and broadcaster Jacque Manbat expressed her disappointment and slight amusement of a Grab driver’s booking cancellation, she updates the status of the driver saying that he has been suspended and underwent retraining and coaching.

“UPDATE: The ‘Solid Kapuso’ driver underwent retraining and coaching yesterday and is under 5 day suspension so he can’t drive, accdg to Grab.

At her previous post, Jacque shared that her driver canceled her booking for the reason that he is a “solid kapuso” which is the direct competitor of the “kapamilya” network. 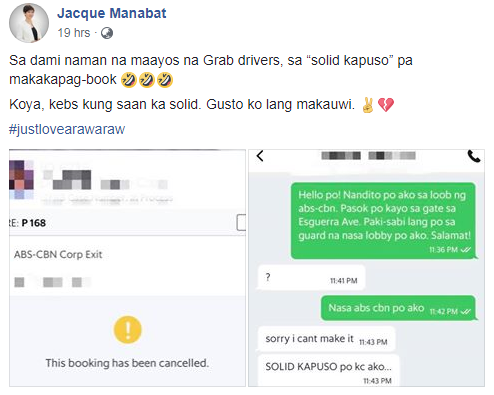 Last April 2018, around 500 drivers of Grab Philippines were suspended or banned by the app-based transport network company due to the complaints of passengers against their picky drivers. The punishment came after Grab conducted last week an internal investigation of the complaints of booking cancellations from commuters.

“We will never tolerate any behavior that compromises the quality of our service. We apologize that our services fell short,”

Cu said Grab expected more drivers to be disciplined in the coming days as the company intensified its monitoring of those who went beyond the allowed 10 percent weekly cancellation rate.

The company, he said, had rolled out additional and stricter measures to address cancellations. 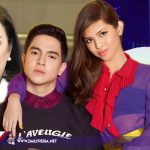 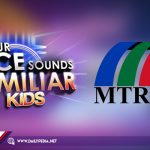