The contentious remark of Sarangani Rep. Manny Pacquiao on the issue of same-sex marriage has generated negative reactions from netizens as well as LGBT celebrities.

When asked to express his view about same-sex unions, the senatorial bet of United Nationalist Alliance (UNA) said that he could not support it.

His remark earned the ire of netizens and quickly spread like wildfire on social media. In fact, the video shared on the Facebook page of Bilang Pilipino has over 33,000 shares as of press time.

Here are some of the most discussed reactions of netizens on Facebook.

Several LGBT celebrities such as Vice Ganda, Aiza Seguerra, John Lapus, and Perez Hilton were also quick to react to Pacquiao’s controversial statement. World-renowned singer Lea Salonga also gave her opinion on the issue through a cryptic message on Twitter. 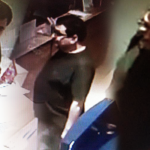 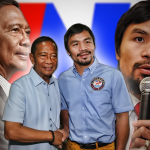