Star Cinema is ready to offer another romantic movie for their post Valentine movie. It topbilled the hottest love team of this generation. Starring Teen King Daniel Padilla and Teen Queen Kathryn Bernardo, the two will definitely make the moviegoers fall in love again with their Crazy Beautiful You opens on February 25, nationwide in theaters under the direction Mae Cruz Alviar and scriptwriter Carmi Raymundo.

“Crazy Beautiful You” focuses on the life journey of Jackie Serrano (Kathryn), a rebellious problem child, and Kiko Alcantara (Daniel), a charming love child. The two will be paired as they fulfill a medical mission in a community. Kathryn and Daniel portray characters far different from their respective roles in last year’s box-office rom-com hit She’s Dating The Gangster. Of course, the gangster in the title referred to Daniel. This time, Daniel plays a mature young man while Kathryn displays a rebellious persona. As they work together, Jackie and Kiko will unexpectedly embark in an unforgettable and crazy romantic adventure that will change their lives forever.

Even Gabby Concepcion and Lorna Tolentino, their co-stars in their latest movie Crazy Beautiful You, cannot deny how Daniel and Kathryn can easily make everyone giddy in every gesture that they do.

During the press con held recently at the Dolphy Theater of ABS-CBN, Gabby expressed his admiration for the two Kapamilya stars as a loveteam, both appear natural on-cam and work without any inhibitions.

During their blog conference in Trinoma Activity Center last February 15, according to Direk Mae, the film is not just for a teenage type of audience but it is good for all ages. The movie was shot in Capas, Tarlac, perfect for showing the beauty of its place as they fall in love with the characters as well.

The official theme song “Nothing’s Gonna Stop Us Now” was sang by Daniel Padilla and Morisette Amon from The Voice of the Philippines Season 1 under Star Records/Star Music.

Beyond romantic goose bumps and all the fanfare, ‘Crazy Beautiful You’ aims to show everyone how the power of true love can heal all wounds and that love is worth all the risk no matter how crazy life’s beautiful journey may be.

Meanwhile, the original soundtrack of ‘Crazy Beautiful You,’ Daniel’s rendition of ‘Nothing’s Gonna Stop Us Now’ with Morissette is downloadable at Starmusic.ph for only PhP20.00.

Crazy Beautiful You in theaters nationwide this February 25, 2015. 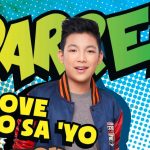 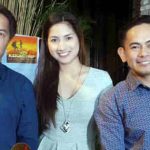