Duterte loyalist and actor Robin Padilla finally expressed his decision regarding the possibility of him running at the 2022 elections.

In television personality Mariel Rodriguez‘s question and answer video on her YouTube account, Robin was asked why he’s not pursuing a political position despite people urging him to do so.

The actor explained that he did consider running as a governor before and even got himself registered, but there was one big problem.

That is when he decided not to push through and apologized to the people in Camarines Norte.

On July 21, Robin was supposedly one of the celebrities shortlisted by President Rodrigo Duterte to be a part of his senatorial line-up. According to PDP-Laban vice president for the Visayas, Eastern Samar Governor Ben Evardone, the President already discussed his senatorial bets to him and other party leaders.

“That’s his personal list. Based on his consultations with several leaders and personalities. He’s still finalizing it and hopefully, it will be finalized before the PDP-Laban national congress in September where all the candidates will be proclaimed by PDP-Laban,” said Evardone during an interview with CNN Philippines.

The other showbiz personalities on the list are Willie Revillame and Raffy Tulfo. It can be remembered that Duterte recently urged Willie to try running for a Senate seat in a video message.

Willie then answered by saying that he will make an official announcement in the upcoming month. 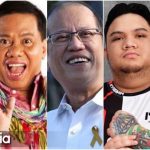 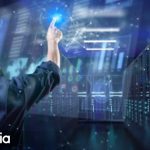