Long-distance relationship is one of the toughest struggles a couple can experience.

Most couples are able to survive the distance by keeping up their communication whenever they have free time despite of the time differences of their places. However, not all couples endure this kind of obstacle.

Some of them can’t bear not spending time with their loved ones in person, or not being able to reach their other half due to various circumstances. This matter can cause the other party to be all sad and gloomy, or worse, find someone else – who’s closer to them.

Unfortunately, infidelity is one of the reasons why couples in long distance relationships breakup.

One of the women who had just gone through a breakup is a Pinay model named Clarise Perez.

She broke up with her partner after realizing that the guy has been lying and cheating on her.

Perez posted this story on her Facebook account to vent out when she finally had enough after receiving pictures of her ex-boyfriend on a bed with another woman – which Perez received directly from the Russian woman who is the same third party in their relationship.

I WILL NOT MAKE THIS TOO LONG. I HAVE BEEN WITH YOU FOR TWO YEARS IN GOOD FAITH, AND THIS IS THE MOST PATHETIC WAY TO LOSE ME, AND YOU DESERVE IT.”

She had been in a relationship with Magtanong for two years, and never did anything that could ruin what they had. However, the guy had to leave the country to work abroad as an OFW – which Perez gladly accepted despite knowing that they will have to be a long-distance couple for a while.

“YOU LIED TO ME ABOUT YOUR JOB. YOU LEFT FOR MACAU TO BE A HOSTO 3 MONTHS AGO (MALE COUNTERPART OF HOSTESS) ME AND YOUR FAMILY HAD NO CLUE UNTIL SOMEONE TOLD ME. DON’T WORRY, I HAVE KNOWN IT FOR A WHILE AND SAID NOTHING. I STILL TRIED TO UNDERSTAND YOUR POSITION, I STILL LOVED YOU LIKE NOTHING CHANGED, WE EVEN CELEBRATED OUR 2ND ANNIVERSARY, LONG-DISTANCE STYLE. “

Perez held on to what he said and promised her. She even remained faithful to him even after she discovered what his real overseas job was.

“SABI MO, WAG AKONG BIBITAW NO MATTER WHAT. WELL, JOKE’S ON ME SO FEELING MO YOU’RE THE ONLY ONE ALLOWED TO HAVE FUN? I DON’T GET MAD, I GET EVEN. YOU SHOULD HAVE TOLD YOUR COUGAR TO KEEP YOUR PHOTOS PRIVATE, KASI NAKAKAHIYA NAMAN BAKA MAKITA NG GIRLFRIEND MO/FAMILY MO WHO’S FAITHFULLY WAITING FOR YOU TO COME HOME.”

She wasn’t going to let it all out, but the Russian woman who was also having a relationship with Magtanong provoked her to do so by sending their photos in bed.

“TAPOS ANO? YOUR COUGAR GIRLFRIEND WILL SEND ME PHOTOS OF YOU TWO IN BED? PA-THE-TIC. YOU THINK YOU’RE PROUD? SIGE, I’LL TELL EVERYONE.”

“I WILL LEAVE YOU WITH THAT WOMAN WHO PATRONIZES CHEAP BOYS LIKE YOU. I DON’T EVEN NEED TO ENUMERATE REASONS WHY I THINK YOU’RE ABSOLUTELY DISGUSTING, UNGRATEFUL, AND AN ABSOLUTE LEECH. EW. GANYAN KATINDI YUNG PANGANGAILANGAN MO, I EVEN SUSTAINED YOU TO SOME EXTENT, KALALAKI MONG TAO. AS IF HOSTO IS THE ONLY JOB YOU’RE QUALIFIED FOR, I’M SORRY BUT IT’S TRUE. IT’S NOT LIKE YOU WERE OUT OF OPTIONS. BUT STILL

IF YOU CAN’T STAY FAITHFUL, DON’T BE IN A RELATIONSHIP. IT’S THAT SIMPLE.”

Perez expressed her anger because of what happened. She would have accepted his job, but being unfaithful to their relationship is not something she would turn a blind eye on – no matter how much she loves him.

“AND TO THE IDIOT RUSSIAN GIRL WHO HAD THE AUDACITY TO GET HER ITCH SCRATCHED BY SOMEONE TAKEN, HE WILL DO THE SAME THING TO YOU. GOOD LUCK, MY BOYFRIEND HAS NO CONCEPT OF LOYALTY.

HERE ARE PHOTOS OF YOU AND YOUR NEW ALBINO COUGAR GIRLFRIEND. HELL HATH NO FURY THAN A WOMAN SCORNED.”

It was indeed a terrible experience to have your loved one to cheat on you after everything you had gone through. However, it is better to find out about it early than to discover the infidelity when the couple had already built a family of their own.

Clearly, it wasn’t Perez’ loss, but the other way around. Someday, Perez will find a man who will treat her better and will value everything about her.

What are your thoughts about her ex-boyfriend and his other woman who had the guts to send their pictures to Perez? Share your opinions below! 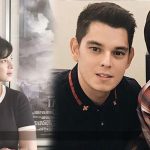 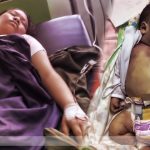