With the recent launch of the much-awaited La Luna Sangre in which Angel Locsin will portray a special role, some can’t help but ask how it was for her working again with Richard Gutierrez.

The former is known to be Angel’s longtime on-screen partner who will also be in the series playing the role of Sandrino, the villain of the story.

The Promise, their last project together was released 10 years ago. Angel’s transfer to the Kapamilya network made their tandem a bittersweet memory. A decade after, when Richard officially announced his transfer to the same network, one can just hope for a reunion project.

Agony? I guess not

Even before Richard’s contract signing, he was already filming for La Luna Sangre.

As the third installment of the hit teleserye Lobo and Imortal, Angel is ready to step up the gas and do action again. The former Darna’s comeback was a much-awaited one as people start to speculate whether Angel is still capable of working again. Seems like Angel is full of surprises, right?

She is indeed very happy to work again with Richard after a decade. ‘Both thrilled and excited’ as she would describe it. In an interview, she expressed her overflowing emotions.

When asked if she still can see their chemistry as an on-screen couple, she hurriedly answered,

Airing beginning June 19, after FPJ’s Ang Probinsyano, La Luna Sangre is ready to take you to another world where love is both a weakness and a strength.

Are you excited with the comeback teleserye of Richard and Angel? We are, too! Share us your thoughts, we want to hear from you, guys! 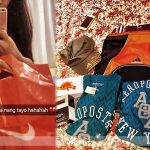 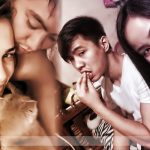