Discrimination comes in many forms and racism is the most common one. It is when a race or an ethnic group feels superior to the other races/groups. It is an issue that is very evident up until now.

Caucasians, being a more superior race, is not immune from discrimination and harassment.

South Shields, England–It was a nice sunny day, Rebecca Telford took her daughter Layla-Jean outside for a stroll. When the two rested for a while and the almost two-year-old baby was sitting on her pushchair, a man comes up to them and suddenly spat at the clueless child.

When Telford confronted the man, he simply shouted “Shut the [email protected]*% up!” and left. The crazy man was Rezzas Abdulla, a local from the city. Abdulla had already two previous convictions for race-hate attacks on white females and was tracked down later through CCTV.

The man was convicted of racially aggravated common assault after a trial at South Tyneside Magistrates’ Court. He was supposed to appear at the hearing, but he did not attend.

When Telford was asked for a statement, she told the police, “I am completely disgusted and distressed that a grown man, regardless of race or religion, would spit on a defenseless baby in a completely unprovoked attack.”

She also said that if he had just walked by, she would not have even noticed him, there was no eye contact, according to her. No words had been exchanged, and she never saw Abdulla before.

I believe he spat on her purely because we are white, I was a lone female and an easy target,” Rebecca added.

Abdulla was given a suspension for 18 months, with rehabilitation and mental health treatment. The court suggested that Layla-Jean must be taken to the doctor for a fear that she might have contracted Tuberculosis. 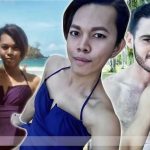 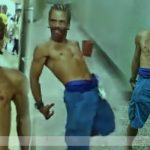