Nokia is arguably the pioneer of cellular phones. Nokia 3310 was the start of it all. This legendary mobile gadget is set to be launched again. Nokia fans rejoiced upon hearing the news and now looking forward to getting a grasp of the newly-designed best-selling phone.

Barcelona, Spain as the setting, the Mobile Word Congress (MWC) will hold the launch next month. The Finnish manufacturer, HMD Global, who has the rights for the phones under the Nokia brand, had teased the fans with a glimpse of the new Nokia 3310.

This 2017 headliner comes in four variants; Warm Yellow and Red, both with a gloss finish, and Dark Blue and Grey both have a matte finish. It also has a larger screen compared to the first unit.

It weighs 79.6 grams, nearly half of the original which scales up to 137 grams. To top it all off, it was designed to have 22 hours of talk time and one month of standby time. Clearly a savage when compared to the first version.

One of the things fans are celebrating about is the return of the classic Nokia game, “Snake”. It can now be played on a colored screen, and the phone also comes with 2G connectivity. Isn’t it awesome?

The introductory price would cost around 50 dollars (2,500 pesos). This new phone is expected to hit the market by April or May of this year.

Here’s the full video teaser with nearly 2 million views in just one day of release: 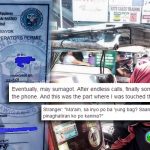 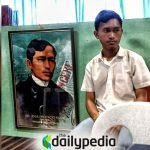