In her post, she shared her mom’s experience in San Mateo, Rizal. It was om  February 20 when Jann’s mother and niece went to Ampid, San Mateo to withdraw some cash. They rode a tricycle instead, since their car was not available at the time.

They were already home when they noticed what’s missing. Her mother’s purse contains money, phones, ID’s, and even business cards.

They went back to Budgetlane where they rode a tricycle earlier. Considering how people think nowadays, Jann started to think that the purse will no longer be returned to them.

Then, fortunately, after trying to call the phone inside her mother’s purse, someone picked up. Rannie A. Nunag, the driver of the tricycle with the plate number B2-568 was the one who answered the call.

They rushed to Budgetlane and agreed to meet at the terminal. Jann found Nung holding the purse with everything untouched inside.

With over a hundred thousand reactions on Facebook, and 31,396 shares, she admitted in her post that after they realized that her mother’s purse was gone, they no longer hoped for it to be returned.

Life is hard, and every day, people fight for survival. It’s easy to keep what this tricycle driver has found, but he chose to do the right thing.

May this inspire other drivers. Kudos to our honest public drivers! 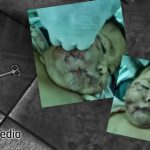 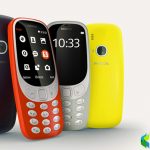