During Martial Law, there was a significant increase in the ranks of the NPA (New People’s Army).

One of the Marcos Administration’s reasons for declaring Martial Law was to supposedly combat insurgents and communists. They, in fact, attributed the 1971 Plaza Miranda bombing as a communist terror act.

It is therefore ironic that Martial Law actually served to ramp up the number of people who joined the Communist Party. In 1972, the NPA had only 1,028 armed members. In 1986, this figure had ballooned to 22,500.

Philippine-made missiles were first launched under the Marcos administration.

In the 1970s, the president initiated “Project Santa Barbara,” a project aimed at producing Philippine-made ballistic missiles. Marcos explained that “The defense of the Philippines cannot be left to alliance with other countries. We must assume that there will be contingencies where even the United States may not be ready to come to our assistance.” (Quote from FilipiKnow.)

In 1975, four “Bongbong Rockets” were successfully launched on Caballo Island. 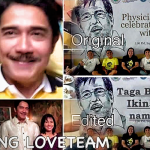 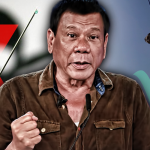