While many students avoid doing household chores because they are “too busy” or ashamed to do things they feel would make them appear “poor,” one marine student from Our Lady of Fatima University CME in Karuhatan, Valenzuela City is the exact opposite.

According to a viral post on Facebook shared by netizen Gerald Cris A. Bolanio, this student is often seen at this particular spot in the market, helping his parents sell porridge during evenings. Since the area transforms into a vegetable and fruit market during the day, this student could only be seen in the market at night.

Netizens were impressed by how the student diligently washed dishes, not even sparing time to change out of his uniform. It also appeared as if he was not ashamed of doing such a humble task, knowing that his parents put in every effort to send him to school. Bolanio pointed out that the school’s tuitions fees are pricey.

To date, Bolanio’s post has garnered over 40k likes on Facebook. Several netizens also shared similar stories as well as posted words of encouragement for the student, urging him to continue helping his parents and being hardworking in school so he can graduate and become successful someday… 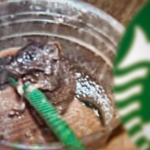 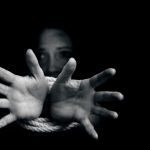