A Facebook post made by Daryl Rose Pugeda detailed how a lady driver refused to move her car, blocking the way of other drivers at Alabang Town Center mall.

However, the security guard’s request seemed to have angered Tuparan. Pugeda claims that Tuparan decided to ignore the security guard, step out of her car, and leave it, causing further inconvenience for other drivers.

The security guard once again asked Tuparan to move her car.

“Do I look stupid? Do you not know who I am?! I am the owner of Ayala Alabang! You have no right,” Tuparan shouted at the security guard.

Moreover, Tuparan even told an irate driver: “You don’t talk to me like that! Bakla! Papatol ka sa babae!?!”

Meanwhile, a Mimi Grace Tuparan Gelvezon, who claimed to be Tuparan’s sister, allegedly posted a statement on the Senyora Santibanez Facebook page. Gelvezon urged netizens to be more understanding as her sister was under a lot of stress when the incident occurred.

As of this writing, Tuparan has not yet released a statement regarding the incident. 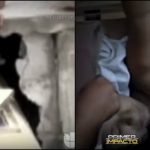 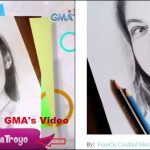