While the AlDub tandem continues to gain popularity, GMA Network made a misstep with a video uploaded on their YouTube account.

The video “The Best of AlDub fan art” published on GMA’s YouTube account featured the top 15 fan art of the tandem. However, at  least three artists claimed that their work was not properly credited.

A pencil sketch of Yaya Dub created by Francis Conrad Marilao was credited to Julius Advincula Troyo who uploaded the art on Facebook.

The artwork in third place was created by Ran Carmona, but was credited to Rio Tabisula Cabojoc in the video.

Rio Tabisula Cabojoc created the artworks in the number one and number two slots, but they were instead credited to a Facebook User named Yaya Dub Maine Mendoza in the video.

Artist Rio Cabojoc even had to clear his name through a Facebook post since he was mistakenly credited for the artwork which landed in the third spot, while his own pieces were not even credited to him.

As of this writing, GMA Network has not edited or taken down the video on YouTube despite the complaints of these artists. 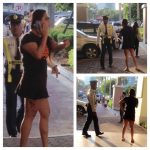 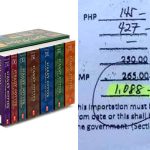