Just this year, there have been reports of corrupt traffic enforcers lurking around the metro. It may seem hard to trust them anymore, but today’s story is about two MMDA traffic enforcers who went beyond their call of duty.

Jomai Moreno, a motorist from Bulacan shared a photo of two generous MMDA officers who did not hesitate to help him even though his concern was financial. Moreno, who was on his way home to Bulacan, got involved in an accident where the motorist whose vehicle he scratched demanded P1,500 from him right then and there. As there was already commotion, these two MMDA officers approached him and asked what the matter was. Moreno told the officers that he did not have any cash on hand. Surprisingly, the officers then immediately lent him money to pay the other motorist.

The photo of the officers has gone viral and has been shared on Top Gear Philippines which has gained over 11,000 likes and over 400 shares.

[I am very much grateful to them because I badly needed the money that time. It’s good to know that not all of them (MMDA officers) are corrupt, there are good people like these two officers. They actually did not want to have their picture taken, I just insisted. If you ever pass along EDSA-Guadalupe, they are stationed there.]

Kudos to these MMDA officers! We’d like to meet more of them in the future! 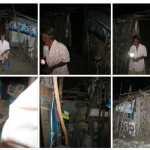 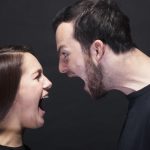