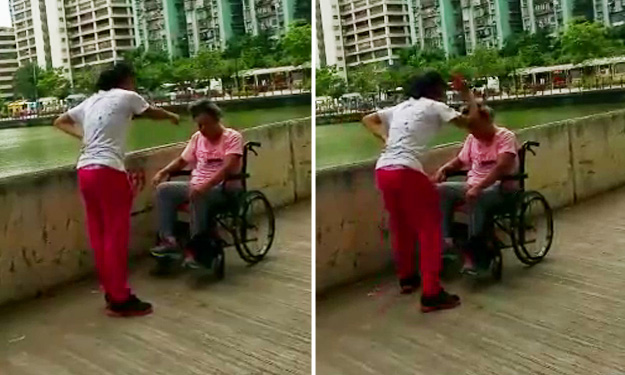 In today’s generation, the social media has became an outlet for people to call attention to things. From the best to worst, from funny to the most disgusting, and from the simple to the heartbreaking..

Yesterday, a very upsetting scenario was once again uploaded by a concerned netizen on Facebook which quickly went viral, earning almost 50K shares as of this posting.

The 1:54-minute video shows a young lady violently slapping an elderly woman on her left arm. Bound in her wheelchair, the latter obviously could not defend herself because of her physical condition.

The unidentified assailant then verbally abused the older woman with insults, then slapped her in the face before giving her more slaps on the arm.

Although bystanders tried to calm the young woman down, she just turned and shouted at them.

As the two left, she was seen throwing a large umbrella at the old lady before she wheeled her out of the area.

According to STOMP, the incident is believed to have happened in Hong Kong. 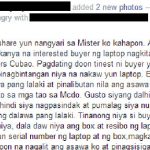 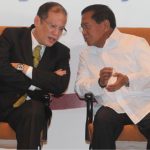