Fans are sure to go crazy over Enrique Gil and Liza Soberano’s upcoming movie entitled Just the Way You Are. With Forevermore fever far from over, Lizquen are set to conquer the big screen this time around.

The main cast accompanied by director Theodore Boborol and writers Ceres Helga Barios and Maan Dimaculangan-Fampule were all present at a recent press conference to talk about the movie which is adapted from a best-selling Pop fiction book, The Bet.

The story of Just The Way You Are is about two different people crossing each other’s path in less than ideal circumstances, but who later find themselves attracted to one another. Enrique portrays the role of Drake, a bad boy who makes a bet to make Sophia (played by Liza), an aloof, independent girl, fall deeply in love with him.

At the press conference for the movie, members of the media could not help ask about the closeness between Enrique and Liza who have spent a lot of time together from the time of their teleserye Forevermore up to their latest movie. Many even noticed their sweet display of affection during their production number on variety show ASAP 20 which was also caught in some candid photos. Although both have denied they are a couple, they admitted that they are special to each other. 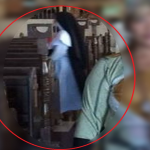 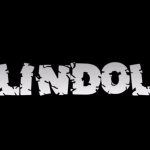