An ad hoc committee composed mostly of lawmakers from Mindanao has passed the Bangsamoro Basic Law (BBL). The chairman of the committee, Cagayan De Oro Rep. Rufus Rodriguez, announced the result of the voting:  50 “yes”, 17 “no”, one abstention in favor of the BBL. The approval of the BBL was made after two grueling days of marathon discussions pertaining to the provisions included in the said bill.

The Aquino Administration made it clear that the Bangsamoro Basic Law is one of their top priorities.

The bill aims to recognize Bangsamoro’s request to have a larger capability to govern its people. Once the bill is approved, it will then replace the existing Autonomous Region in Muslim Mindanao. The region will also be converted into a parliamentary administration to be led by a Chief Minister.

The modified bill highlighted key changes to Malacanang’s draft endorsement. It diminished some provisions claiming Bangsamoro as a “sub-state”. It will now be subjected to deliberation by a joint committee on appropriations and ways and means to be able to carry out funding for implementation and other important provisions.

The  plenary is expected to debate the finer points of the bill as early as next week, either Tuesday or Wednesday.

Talks about BBL almost came to a halt because of the bloody Mamasapano clash. Investigations were then carried out so the House and Senate moved the bill’s discussion from March to June, leading also to less time to thresh out the bill. 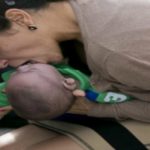 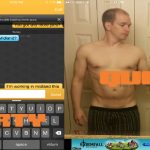