While most religions frown upon homosexuality, some are more tolerant of the gay lifestyle. And then there’s this pastor who really hates gays. His name is Reverend Matthew Makela of St. John’s Lutheran Church and School in Midland, Michigan.

On his Facebook page, he would constantly be posting religious passages, many of which were targeting homosexuals.

Of course, his bio on the church’s website did not specifically reflect his stand against gays (but the bio was soon deleted after the exposé by Queerty went viral).

Makela is a pastor of the Lutheran Church, married, and has 5 children. Given this and his vitriolic Facebook posts, it came as a total surprise that the pastor had a big secret: that he himself was gay.

Read this: Did a Harvard Study Really Say that “All Homophobic People are Gay”?

It was on the gay dating app Grindr where Makela explored his hidden homosexuality.

The complete opposite of his posts on Facebook as the reverend, his persona on Grindr was very flamboyant, sensual, and enjoyed talking about gay matters such as being “the top”, enjoying a cuddle, and loving an oral and a massage (you get the drift).

When the exposé went viral, he confirmed that the exchange on Grindr was authentic but refused to comment about the issue. It was shortly afterwards that his bio on the Lutheran church’s website was deleted. Apparently, Makela had resigned.

The church has deactivated its Facebook account “in an attempt to remove the opportunity for malicious posters to have access to St. John’s members”, according to Reverend Daniel Kempi, the Senior Pastor of St. John’s in a separate report posted on Queerty.

Aside from deactivating their social media account, the church through Rev. Kempi lamented Makela’s resignation.

Kempi encouraged its congregation to not the read Makela’s Grindr story, supposedly adding this to a letter read before the congregation:

To make matters worse, the details of sin that have been kept confidential are being posted online by those who seek to do harm to the Makela family and to St. John’s. This is taking an already difficult situation and making it even more painful.

app for gaysgay pridegaysgrindrhomosexualitypastor who hates gays exposed as gay 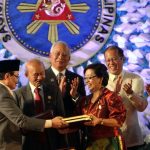 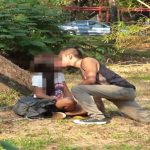