Real friendship is tested through fire – and these best buddies proved it with 19 years of staying together and showing the world their golden bond.

Starting from his childhood photo with his best friends in his birthday party, Reddit user Downwarddawg posted a recreated series of the same picture on different occasions.

The series of photos came up when they recreated the base photo, in which they were only 10 years old, in different opportunities to remake the epic scene. The second photo was taken when they were 17, and the latest shot was taken at age 29.

In an interview at BuzzFeed, Aviv Edelstein, the one who was in the foreground, said:

It’s really easy to maintain a friendship when you sincerely enjoy someone’s company, care about them, respect them, and want to see them succeed in all aspects of life.

Later on, it was also reported also that the setting for each shot as taken on the same birthday celebrant’s house which they literally considered their second home.

Overall, the photo had more than over 1,600 responses garnered up to date. Because of this overwhelming reception at their ‘Best Friends Forever’ photo, Downwarddawg dug once again through memory lane to find the original photographs for the people to see a higher-resolution and colored version of the epic time lapse scenes.

Well, for every circle of best friends who in chance might stumble upon this write-up here, are you up for some challenge? 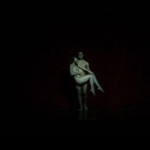 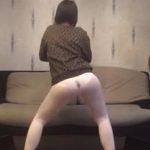