Meet the genius behind,

It was not too long when 50year old Dimitris Papaioannou conceptualized a 38 minutes show in  Aethens dubbed “NOWHERE”. The same was created to inaugurate the renovated Main Stage of the Greek National Theatre where other huge productions of it’s kind were previously held. The central scene as captured in the clip was made in tribute to another great artist of her time, the late German performer Philippina “Pina” Bausch.

Fair Enough,
Apparently,  all genders’ eyes will be treated fairly – & well.  Those sinful eyeballs will roll in disbelief, and will have their respective unguarded moments when the main performers of both sexes bare it all, – ALL in the very name of exhibitionism  art.

In the Eyes of the Beholders,
While global spectators raved that male and female’s genital need not to be exposed before millions of peeping eyes, open-minded netizens came in defense and argued:

“the stripping came in perfect angle, and summoned the best of the part of the show”. A spice that would give its audience the felt to crave for more.

“I could see my soul (if not her body) out-there in the limelight.  It feels like the divine movement was the foundation of love,  the heartbeat of sea, as depicted by those meticulously choreographed hands that are waving & unfolding perfectly before the skin. I  felt the nature speaking through the arms gentle flows, through subtle touches”.

(And yes, If I may add here, – through unmindful flaunting of  their  hidden glories).

No words. No clothes.  Beauty, Darkeness and Boldness merging in one –  staged in the most honest way. NOWHERE. 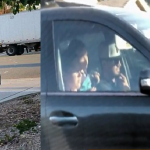 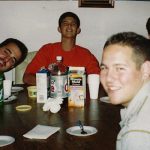