President Benigno ‘Noynoy’ Aquino III delivered his 5th State of the Nation Address (SONA) on July 28, Monday, at the Session Hall of the House of Representatives, Batasang Pambansa, Quezon City.

Before the President delivers the SONA, there’s a House red carpet event every year. And this House red carpet is the country’s fashion equivalent of the Oscars in Hollywood and Fashion Week held in major sartorial capitals all over the world. All eyes were on the red carpet for their dresses in their best ternos and barongs, made by the country’s top designers. of those who would attend the speech.

These sidelights we’re talking about were the events happened at the 2014 SONA who almost diverted the public’s attention from the main event: the President’s speech. Anyways, here’s a look at other happenings which caused quite a commotion inside the Session Hall of the House of Representatives before, during and after the SONA.

Kris Aquino was moved to tears 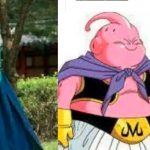 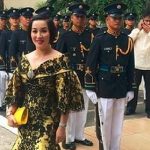