Internet memes are a common sight on social networks like Facebook, Tumblr, Reddit, and Twitter, among others. Netizens all over the world generally create and spread memes for the sake of humour. National leaders have not been spared by such social media posts specially on the case of Sen. Nancy Binay, memes’ favorite. Binay was the subject of memes during the the election campaign period and until now….

With this women’s barong paired with a patterned bubble hem dress created by Randy Ortiz, there’s no doubt that Binay will playing to the gallery of memes.

Take a look at some of the funniest and craziest memes for our beloved Sen. Nancy Binay:

Because of these crazy reactions from the netizens, Sen. Nancy Binay wore a white terno, still a Randy Ortiz creation.

If the memes making fun of her complexion, which was made darker by everyday exposure to the sun while going on motorcades and attending rallies during the campaign period never offended her, I think with these memes, she’ll still laugh at it. 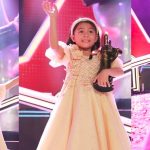 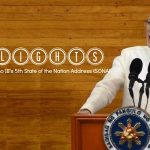