Get ready to roar in laughter as Skylight Films brings together its king and queen, Zanjoe Marudo and Pokwang respectively, in the most hilarious family comedy that is about to hit nationwide – My Illegal Wife.

Teaming up both their unique brilliance and formidable humor as comedians, Z and Powkie made a promising pair in this film as they earned the nods of film critics and the adoration of their loyal fans in their previous hit films Bromance and Call Center Girl.

Directed by blockbuster director Tony Y. Reyes, My Illegal Wife mainly revolves around the story of a loving mother named Clarisse (Pokwang) who will definitely do almost anything to make her family happy, even if it would mean taking the risk of tricking Papa Henry (Zanjoe), who is suffering from amnesia, in to making him believe that he was legally married to her.

Likewise, the film will not only be a laughing medicine for the whole family but it is also a heartwarming story that will abound in the limits of true and lasting love. Moviegoers can definitely expect a zany and whacky movie with hyper tandem of Z and Powkie added to the peerless comedy of Direk Tony.

My Illegal Wife premieres in cinemas nationwide starting this June 11. 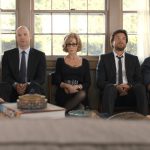 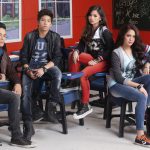