Veteran actress Gina Pareño couldn’t hold back her tears as she revealed to Ogie Diaz that she still wanted to act.

Pareño’s last project was Tililing, a musical black comedy film written and directed by the controversial Darryl Yap, released in 2021.

Since then, she’s been at home making TikTok videos. In an interview with Diaz, Pareño said she’d like to be involved in future acting projects.

Pareño hopes she gets the opportunity to work with her daughter Racquel, a phenomenal actress in her own right.

When asked what she’d do if she never got the chance to act again, the actress looked at the camera and urged people in the entertainment industry to give her a shot.

During her spare time, Pareño would practice her acting skills in her room.

She misses having lights and cameras surrounding her.

Not being in the acting scene makes her feel like she has been left out.

Pareño also denied that she is lesbian despite admitting that she is a member of the LGBTQ community. Talking to the Cabinet Files on July 19, the actress said she knew nothing about the gay movement.

Pareño was in an intimate relationship with former actress Milagros “Bong” Eraña, who has passed away.

Pareño began her acting career in the late ’90s and has won multiple acting awards. 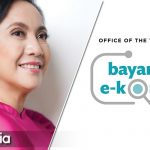 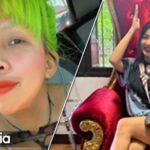