On June 16, the Palace welcomed the proposal to use ABS-CBN’s former television and radio frequencies for distance learning amid the COVID-19 pandemic despite the existence of the government-run channel, PTV4.

It is due to the government’s orders that prohibit face-to-face classes to avoid further spreading the virus.

Presidential Spokesperson Harry Roque stated that it is a “good idea” before referring the matter to the Department of Education Secretary Leonor Briones and Commission on Higher Education Chairperson Prospero De Vera III for their consideration.

Roque also said that it’s up to the National Telecommunications Commission to decide on what to do with the media giant’s frequencies.

“Of course, any frequency can be used for distance learning. So, it’s up to the NTC. If the NTC says so, we will respect that because it is a quasi-judicial body.” 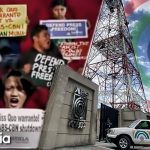 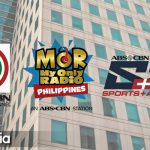