Aljun Cuenca Arcangel was going along Delpan Highway when he and his friend saw what appeared to be the scene of a car accident. 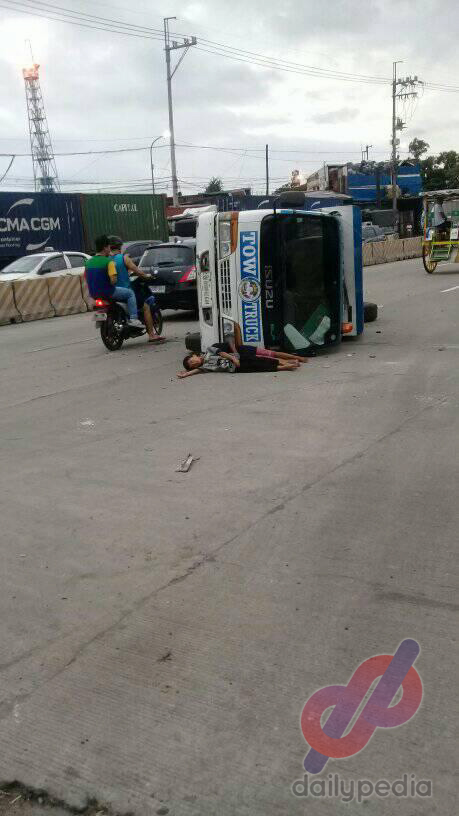 On his Facebook post, he said there were a lot of onlookers and they initially thought that a fight had broken out but when they saw an overturned truck so they concluded that there was an accident. 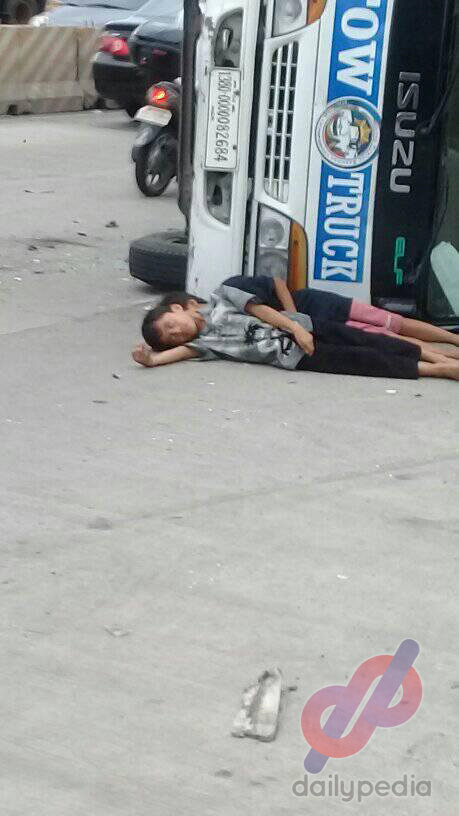 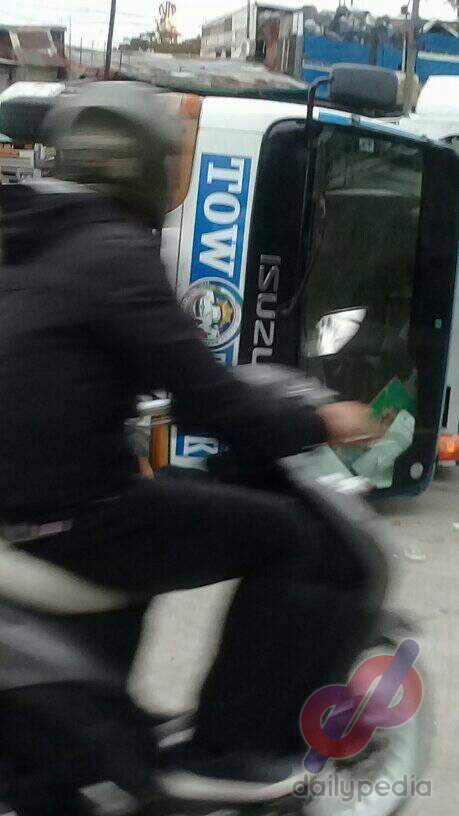 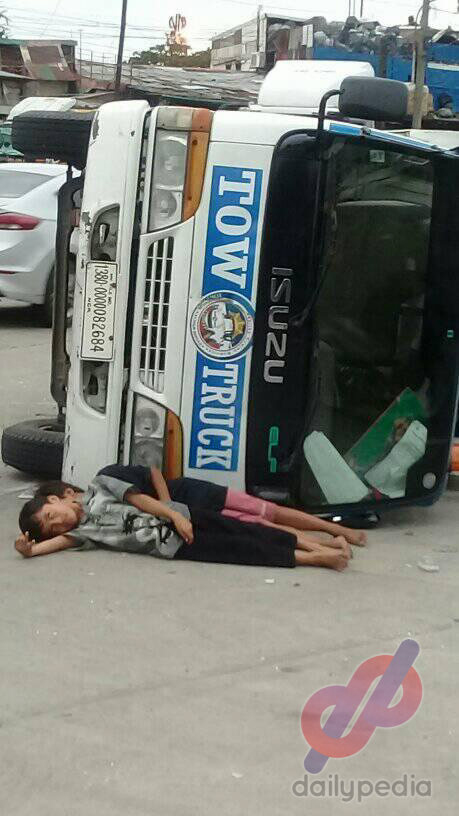 He saw that there kids lying about and he thought they were involved in the accident.

When they approached to take some photos,  they were shocked when one of the kids posed for the camera and stood up. Another one also stood up to join his friend to pose for the camera. 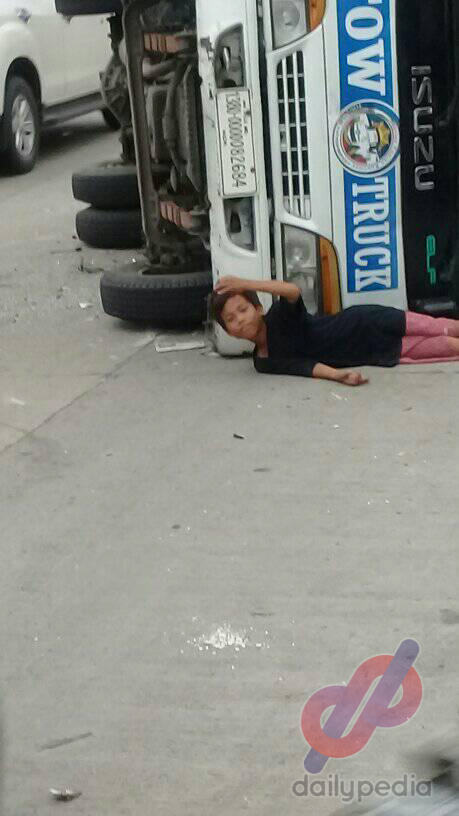 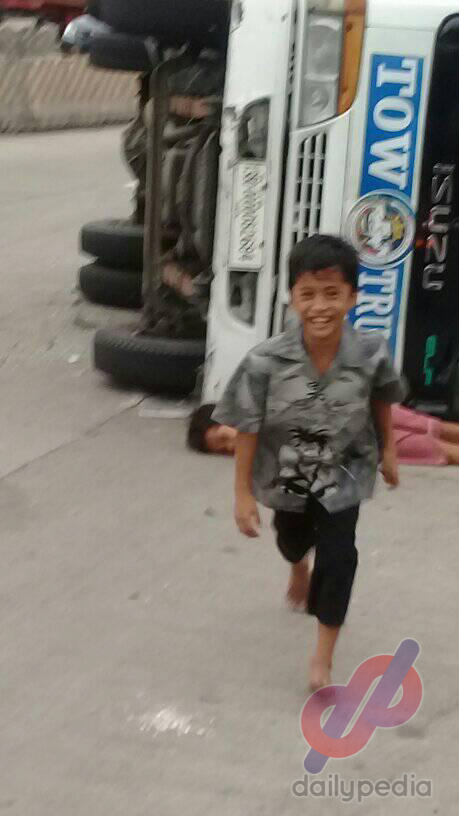 It turns out that the kids were only pranking whoever happened to pass by.