Netizen @MaiMartinezx shared how her boyfriend, Kervin, wanted to make things right and keep their relationship alive after he was caught cheating on her.

Mai’s boyfriend drove all the way from Davao to Mati just to make it up to her. 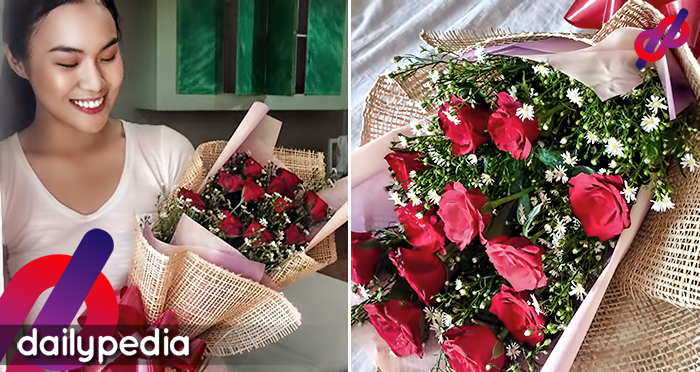 “Guys, he traveled three hours from Davao to Mati to make things right,” Mai said in her thread.

The whole drive was three hours which really impressed Mai and made her feel special.

“Hayyy I don’t know what I did to deserve a man like you. I love youuu “

The photo shows Mai holding a bouquet of flowers which Kervin gave her. She had a big smile on her face.

The whole reason for all this was that Kervin actually cheated on Mai.

Screenshots were posted of the alleged cheating that Kervin committed.

One user said that Kervin was sending pictures of his private parts to several women and that he would ask for video calls.

The user said, “(Mai) you deserve a love that is pure.”

Mai did not care and said that she already knew about it a month ago.

Netizens started trashing their relationship, calling her boyfriend a cheater.

Cheater will always be a cheater hahahha @katrinanngarcia

She did not expect her post to get this much hate, so she tweeted, “I know my boyfriend better than what somebody posted about him online.”