In a heartbreaking Facebook post, Jenny Sumalpong shared photos of a dad selling banana cakes at a sidewalk to raise funds for his son’s liver transplant – a surgery worth 1.6 million pesos!

Antonio Detablan, 34, is seen in Sumalpong’s post, selling homemade banana cakes for P120 each to save money while carrying in his arms his 8-month old son Aquiro Jazz diagnosed with biliary atresia, a rare disease of the liver and bile ducts that occurs in one of every 10,000 infants.

The doctor of the afflicted infant shared that Baby Aki needs to undergo liver transplant before he turns one. Or else, he would not be able to reach the age of two. For the meantime, the young child is being given multivitamins as part of preparations for his operation.

Sumalpong’s post has already reached over 30, 000 reactions from netizens, 15 000 comments and 135, 000 shares to help circulate and raise awareness on the poor family’s plight online, even calling out for the mayor and congressman of the local government unit in Laguna, where the subject of the viral post resides.

Netizens in the comments section of the post have also called out various charity-giving television programs such as Kapuso Mo, Jessica Soho and Raffy Tulfo in Action, in an effort to help the family out. 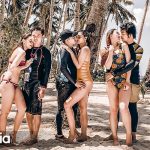 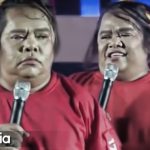