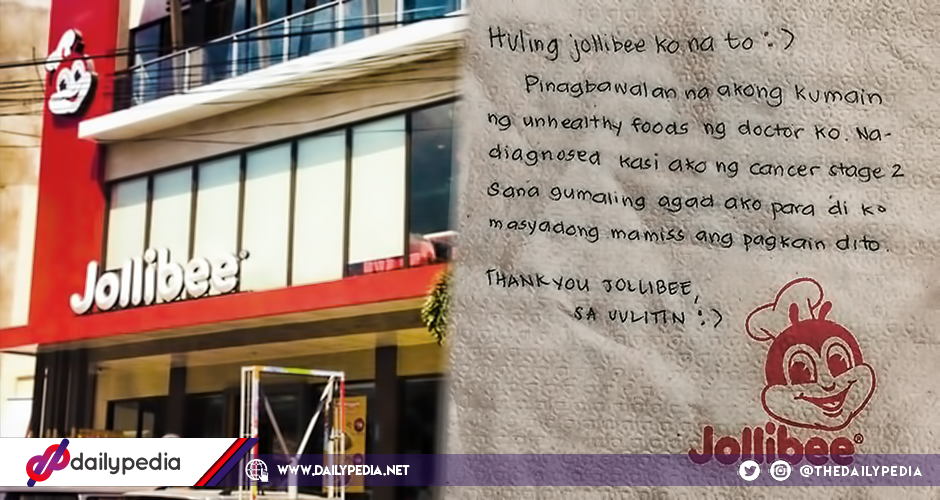 Jollibee is one of the country’s greatest treasures when it comes to fastfood chains. The homegrown brand has been rapidly expanding its reach into the global market, going as far as California, Hawaii, and many other locations around Asia. Filipinos, and some foreigners alike, can’t seem to stop from craving the distinct taste of the chain’s food.

A Jollibee staff named Mark Noguera, however, found a note at one of the branches in Taguig City which broke his heart. On his viral Facebook post, he narrated that right after a customer ate at the Signal Village branch, he found a note written on the tissue.

The first line read “Huling jollibee ko na to” and it immediately made them curious so they just had to read the rest of the message.

Apparently, the girl was diagnosed with stage 2 cancer and her doctors advised her to refrain from eating unhealthy food, which unfortunately, included Jollibee.

Noguera added that the girl looked like she was about 20+ years old and ate at their store around 3PM on July 25. Furthermore, he added encouraging words to his post just in case the customer encounters it on social media.

He also encouraged everyone to add her speedy recovery to their prayers. 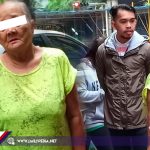