It’s Showtime Miss Q and A’s Elsa Droga shares his struggles with growing up gay in a recent episode of Magandang Buhay.

Elsa admitted that he found it hard to admit his sexuality due to fear of judgment, denial, and bullying from his friends. Growing up in Tondo, Manila, he had a hard time expressing his true self.

He also told everyone that one of the reasons that he wasn’t able to finish high school was because of the constant questions regarding his real identity.

Elsa was often asked if he’s gay and even if he wants to show them his real self, he didn’t have the chance to.

Elsa later on pursued his education through the Alternative Learning System that gave him the chance to continue his education despite the age gap between him and his classmates.

He also thanked his mom, who created his gowns for the competition.

Elsa introduced her boyfriend to the public in an episode of Gandang Gabi Vice wherein the couple told the story of how they met. 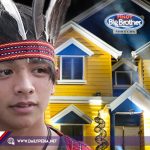