Jeyrick Sigmaton a.k.a Carrot Man was introduced to the world after his photo was published and went viral last February 2016. He was spotted by tourists, working in the Mountain Province.

Since then, he appeared in various GMA Network shows such as Kapuso Mo, Jessica Soho, Bubble Gang, Unang Hirit, Sunday PinaSaya, and Wowowin.

He also landed some endorsement deals that took him to different countries like United Kingdom, Korea, and Thailand. But after all those, his career began to slow down and he went back to Baguio.

After two years of staying silent, Jayrick was pushed by his friends and family members to give showbiz a try once again. As a start, he mentioned that he wants to be a part of the popular reality TV show, Pinoy Big Brother.

When he was asked about his motivation for pursuing this career path, he said that he wants to have his own house. 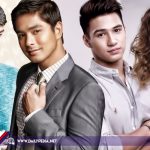 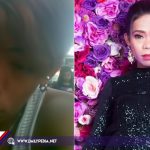