A young farmer from the highlands of the Cordilleras has become an overnight sensation on social media after photos of him were shared on Facebook.

Jeyrick Sigmaton, now more popularly known as the “carrot man,” has become an Internet heartthrob after user Edwina T. Bandong shared his photos on Facebook. According to Edwina, she and her group were on their way to Sagada when they chanced upon the charming Igorot farmer from Kadaclan, Mt Province.

It turns out, Edwina wasn’t the only one smitten by Sigmaton’s dashing good looks. Immediately after posting his photos on Facebook, Sigmaton’s post became viral as it caught the interest of thousands of netizens. In fact, it was even featured on the Facebook page of Positive Outlook Plus. As of press time, the post has received almost 10,000 shares on Facebook.

Many netizens believe that Sigmaton has a bright future in showbiz if given the right opportunity. This comes as no surprise since the late Marky Cielo, the first Igorot celebrity in the Philippines, was able to make his mark in showbiz in 2006. Sadly, Cielo mysteriously died in 2008 inside his room in Antipolo City.

Could “carrot man” be the next Igorot in showbiz?

Posted by Positive Outlook Plus on Sunday, February 21, 2016 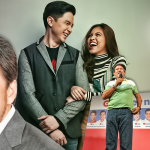 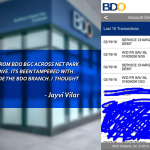