As another National Election is just around the corner, politicians are again out to secure votes with catchy jingles, campaign materials, and hopefully, a well-thought out platform.

Last February 12, Team Galing at Puso lead by Grace Poe went to Pangasinan for their proclamation rally, including senatorial candidate Tito Sotto III. In the event held at the Department of Education Central 2, San Carlos City, the incumbent senator seemed to be the crowd favorite among all the senatoriables when he it was his turn on stage to court the votes of Pangasinenses.

The Eat Bulaga host, also running under United Nationalist Alliance headed by Vice President Jejomar Binay, has already served three terms in the Senate after winning in 1992, 1998, and 2010.

His advocacy focused on battling drugs, serving as a Chairman of the Dangerous Drugs Board under the Office of the President for two years. 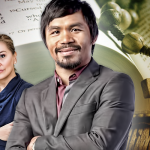 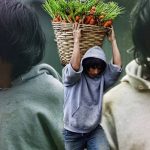