Not all viewers were amused by Bela Padilla’s joke towards Kim Chiu in a recent episode of Gandang Gabi Vice.

In the show’s Tanong Mo Mukha Mo segment, Chiu and Padilla were given the chance to ask questions to the people being flashed on the screen. The personalities shown included Angelica Panganiban, John Lloyd Cruz, and Chiu’s ex-boyfriend, Gerald Anderson.

Bela then asked, “Happy ka ba?”. Vice followed and said that it is important that our loved ones are happy, which Bela agreed saying, “Oo, kasi pinapasaya tayo ni Gerald.”

When it was Chiu’s turn, she asked “Kamusta ka?” which caused Vice and Bela sing “Bakit labis kitang mahal?”

Despite the seemingly fun exchanges of the three during the show, some of Kim’s fan are not happy.

Another netizen said that Bela was just jealous of KimXI’s relationship and that she was a bad influence to  Kim.

Bela o her Twitter account acknowledged the fans’ reaction and asked them not to take it too seriously as the episode was “super fun.”

You cant take only one part seriously, guys. The whole episode was just super fun. And you know these shows are edited to fit the program’s airing time too. Happy Monday! 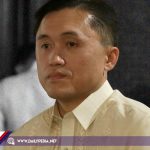 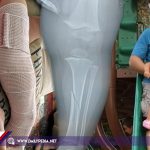