In response, Dean Sta. Maria, on his Facebook page, asked not to look down on normal citizens as they all do their part for the country.

“HINDI porket nagtitinda lang ng buko ay wala ng ginagawa para sa bayan. The farmers are farming, the fisherfolks are fishing, the teachers are teaching, the engineers are building, the OFWs are working abroad, the drivers are driving, the vendors are selling goods, the businessmen are doing business, the lawyers are appearing in court, the doctors are taking care of their patients, the soldiers are fighting, the students are studying, the call-center people are answering calls, the journalists are reporting, the broadcasters/commentators are giving their views/opinions to make democracy alive and I can go on and on,” Sta Maria wrote.

Sta. Maria also stated that Filipinos have different roles and what makes the “society work and the economy run”.

“Whatever and however done — no matter how small — we are already WORKING for the country and helping solve its problems in our own limited way. “

The dean then added that the President, being the leader of the country, has greater responsibilities. He and his officials have been given the means to help and solve major problems of the nation. “The President chose to be PRESIDENT of the Philippines. His responsibility is definitely greater. He and his officials have been given vast powers, influence, privileges,perks, money and resources to solve the great problems of this country. That is THEIR ROLE in society — man up and just do your work correctly.”

“Do not whine or question us on what we can do, for we are doing it already in our daily grind, including earning money and paying taxes so that the government– your administration — will and can function. We, as citizens, expect the President, you and other officials to do your work. And we have the right to demand that all of you do it properly,to call your attention, to criticize anyone of you and speak our mind,” Sta Maria added.

Another netizen seemingly advised Go what to ask;

Another questioned Go’s audacity to ask such question; 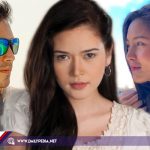