A lot of people prefer to date someone who’s in the same age as them or younger because it means they will be able to grow together as a couple and individually.

Although it is indeed beautiful to be together while you’re both in the process of growing into a more mature adult, there are also a lot of advantages when you decide to date a guy who’s older than you.

To further discuss it, here are the eight reasons why older gay men make the best boyfriends:

When a person is on his early 20s to mid-20s, chances are they might experience some self-issues such as identity crisis or a quarter-life crisis perhaps, just like what the young people experience at times.

By choosing to open your door to an older man, he’ll know how to help you since he had already gone through a lot of things. Moreover, he wouldn’t doubt his gender one day because he already had figured out his personality and has fully embraced himself in different ways.

Plus, he could even share his knowledge with you!

Since he’s older, he had probably experienced a lot of different situations in a relationship like misunderstandings, petty fights and more. Once you decide to commit in a relationship with him, he’d already know how to handle these issues!

Usually, people who are in their young age tend to ask and wonder about their roles or their own place in this world. It happens to some, especially when they aren’t sure what they really want about a lot of things. They would only go with the flow and try to figure it out later when they get an idea.

However, if they decided to date an older man, their boyfriend will be the man who will help them identify what they are meant to do in their lives – the same thing as how they did it when they were the ones who experienced it. Furthermore, old gay men will even motivate them during those times as they already knew that a little uplifting can do a lot to a troubled person.

Given the fact that he had lived more years than you have, he will be able to see things clearly. He would already know what is real or not as a part of what he had learned in his early age.

Also, since he’s got more wisdom about random things, you can ask him for advice when you’re in trouble and he will definitely give you a helpful one.

In a relationship, there are instances when one party hates it when their partner chooses to play games or surf the internet rather than having quality time with their boyfriends – of which is a part of being a millennial.

If you have an older boyfriend, you wouldn’t even have furrowed brows because he won’t spend time using gadgets. He knows how to value time, and he’ll want to spend more time with you rather than anything else.

He no longer wants to be a follower, but rather a leader, who knows what he wants and determined to get it through the right way. Because he’s more mature, he wouldn’t want to blend with people who choose popularity rather than equality.

Since he had been in a lot of relationships before you came to his life, he is already a better man. Because of his relationship history, he would have already filtered the reasons as to why his past lovers broke up with him and wouldn’t want to show you the same attitude. He’ll be a perfect partner.

Nowadays, young people seemed to be interested in a quickie or a steamy action rather than making love.

Dating a man who’s older than you simply mean you’ll be a student. They say practice makes perfect; imagine how many times he had already practiced before meeting you. When the both of you decide to hit it off, you’ll be surprised with the techniques he knows and how much of an expert he is.

In conclusion, dating an older man isn’t really that bad. You see, men are like liquors: the older it is the better. Aside from a pleasing romance, he can also bring out the best in you whenever you’re down and be a wonderful partner that already knows what you want before you could even say it.

What do you think? Do you agree that dating older man is amazing? (Reese Barcelon) 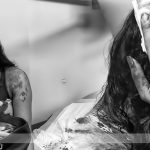 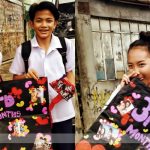